The Norwegian mapping authority might be the most advanced in the world. They have extensive registries for all mapping and geodata and they have advanced interfaces for data import and export. The file format for these imports and exports is SOSI.

The open standard was developed by the Norwegian Mapping and Cadastre Authority. It was first published in 1987 (version 1.0). It is continuously being revised and further developed. The long-term development points towards international standards (ISO 19100). This work is being done by ISO/TC211, currently chaired by Olaf Østensen with the Norwegian Mapping and Cadastre Authority.

For construction projects, the SOSI format is used to gather initial data from registries and at the end of the project report as-built information, such as realized pipe, cable, powerline locations. When a new project starts, the owner makes an export of all the national databases and delivers that to designers and construction companies.

In June 2017 the Norwegian government made decision that it is mandatory to measure all new pipes that are being constructed and report them back to the registry as SOSI-files.

In Finland, the GT-format has been used for these tasks, but the GT is much less advanced as the format, has not seen official development and specs have only been published by users such as city of Vantaa.
(https://www.vantaa.fi/instancedata/prime_product_julkaisu/vantaa/embeds/vantaawwwstructure/118870_Maastokartoituskoodit_Vantaa.pdf)

In Finland, the ongoing Infra-O (http://www.infra-o.fi/) and “Tiestötietojärjestelmä” projects are a good platform for development, but the international angle has been largely ignored so far.

Finland’s infra owners should take a close look at Norway’s registries and SOSI-format to see what we can learn from their development. The needs for this data are virtually identical so there is no good reason to do national development in isolation. 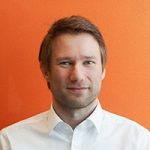 About author:
Teemu Kivimäki is the founder and CEO of Infrakit
teemu.kivimaki(at)infrakit.com